There is always a chance that your body will experience some pain after exercising. Even your routine activities are likely to be affected by the pain. However, it has been proven that a massage significantly reduces stress levels and immediately relaxes the body.

Research from 2004 shows that the levels of serotonin and dopamine increase after a massage, especially by a massage therapist. In 2005, the National Institutes of Health published a report suggesting that massage therapy can reduce fatigue and improve sleep.

It’s easy to see why you need a daily massage, but getting it in your daily life is harder to imagine. So that you just need a massage gun.

What Is a Massage Gun?

A Massage gun often refereed to as a “Percussion Massager” is generally small handheld device designed for self use.

It works by manipulating soft tissue with the help of percussive therapy (hence the name) as well as vibration therapy – both of which are proven to reduce post-workout fatigue and muscle soreness.

Once turned on, a massage gun head applies accelerated bursts of small impacts on the target area.

This action enables the massage gun to reach deeper layers of muscles (compared to other deep tissue manipulation tools like foam rollers) and, soothes muscle knots that cause muscle pain by breaking up adhesion and promoting blood circulation.

You are also less likely to experience pain as compared to traditional hand massage where the therapist needs to apply actual pressure to reach the depth.

It’s like getting a deep tissue massage without the pain!

How is percussive therapy related to massage guns?

Percussion therapy might sound like a new technique that everyone is talking about. However, the truth is Percussion therapy has been in practice for centuries. In fact, its origins can be traced back to as far as the 1800s.

An excellent example of this is Tapotement. Developed in 1868 tapotement is a percussion massage technique which involves rapid, repeated striking a muscle or a set of muscles to heighten local blood circulation and increase muscle tone.

Tapotement is known to help improve athletic performance and most modern massage guns are based on the working principle of this technique.

In addition to that a Massage gun can –

There is some interesting history behind massage guns even though some may not know what they are. It’s no surprise that massage guns have a history of how and when they became popular.

In the 1970s, when new inventions were introduced, percussive therapy became modernized. In 1974, one of the earliest percussion massagers was created. The equipment was expensive and bulky and, were only used on chiropractic patients to help release muscle tension.

As the 21st century began, the idea of self-massaging became popular.

Today convenience is a key factor for everyone. It is difficult for us to visit a massage therapist because of our busy schedules. Thus a self-massage tool such as a massage gun can be very handy.

The first massage gun came out in 2007 after Los Angeles chiropractor Jason Werseland suffered a herniated disc and back pain following a motorcycle accident.

By combining recovery and ease of use, he developed a powerful tool. Westland’s device became known as the TheraGun G1 professional massager.

It was the world’s first commercially available massage gun and was the flagship product of the TheraGun company.

Since TheraGun, many companies have launched similar products in a variety of shapes, sizes, and abilities., and the devices continue to evolve.

TimTam released their version of a massage gun in 2016, the Power Massager.

TheraGun G2Pro, the second generation of TheraGun’s massage gun, was introduced in 2017.

In the 2017 NBA Finals, Kyrie Irving was seen using the TheraGun during a timeout. As it was adopted by several professional athletes, it increased its popularity among fans.

Hyperice launched the Hypervolt after four years of development. Featuring Quiet Glide technology, it was much quieter than any prior massage gun. It was a dramatic improvement over previous versions.

Additionally, Hyperice partnered with FoundryIV during the same year to bring massage guns to ESports. TheraGun and TimTam announced the launch of the next generation of their flagship massage guns in late 2018.

And more and more companies are coming into this industry. At the end of 2019, massage guns became super popular among average consumers.

Who should use Massage Guns?

It is most commonly used by athletes to relax. However, massage guns are for everyone.

A massage gun may benefit anyone who is actively involved in sports, runs, bikes, lifts, sits at a desk, or is on their feet for long periods of time.

Because of their versatility, they can be used in a variety of ways and can be used on most muscles in your body.

As stated earlier Massage guns work great on chiropractor patients. Thus, a lot of professional therapists are including massage guns in their tool kits.

The new generation of massage guns is powered by lithium-ion batteries that can be removed. They are handheld power tools. Due to their handheld nature and trigger mechanism, the devices are commonly called guns.

A hardened plastic head is mounted on one end of the device, which pulses in and out. Usually, the head of the percussion machine is shaped in the form of a ball, and it moves back and forth between 2,600-26,000 times per minute.

By pulsating the massage gun head, it provides a massage and vibration that loosens the fascia and increases blood flow.

A steady increase in muscle tone is also caused by the continuous impact, which stimulates nerve endings and results in tiny muscular contractions.

Fascia and the Golgi tendon organ is thought to be involved since they have mechanosensory. Both voluntary and involuntary muscles contract as a result of the reflex action.

This is thought to happen because of the muscle’s mechanoreceptors in the fascia and Golgi tendon organ.

How a massage Gun Modulates Pain

The pain gate theory explains how massage gun helps modulate pain. According to this theory, it is possible to ‘deceive’ the nervous system and reduce pain.

Pain is nothing but a signal sent to the central nervous system by a sensory neuron. Sensory converts a specific type of stimulus, via its receptors, into action potential that travels along afferent nerve fibers, to reach the brain via the spinal cord.

Usually, a sensory neuron can respond to pain in milliseconds. However, at certain high frequencies, your nervous system is no longer able to keep up with the stimuli and the pain subdued.

Similarly, when a massage head gun hits your sore muscles thousands of times a minute the stimulus is so fast that your nervous system is overwhelmed and the pain might disappear.

Why You Should  Buy a Massage Gun

A massage gun can provide numerous benefits. Several studies have shown that the effects of Deep tissue massages are like massages performed with a massage gun. Some of the massage gun benefits are:

In the study of massage guns, there were no disadvantages associated with their use as long as you know how to use them correctly. If use and follow the instruction manual, there should be no issues.

However, here are a few cons of massage guns 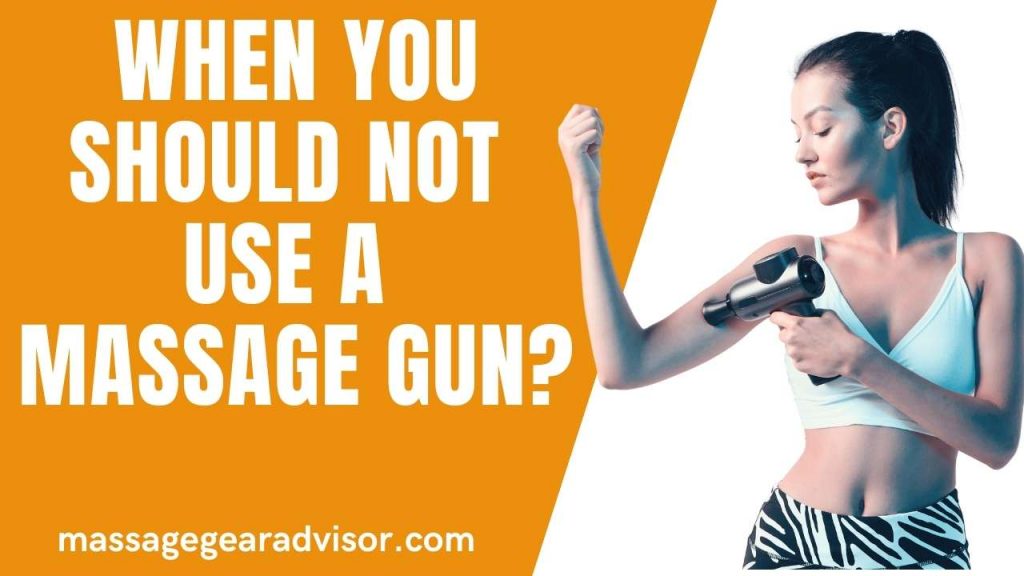 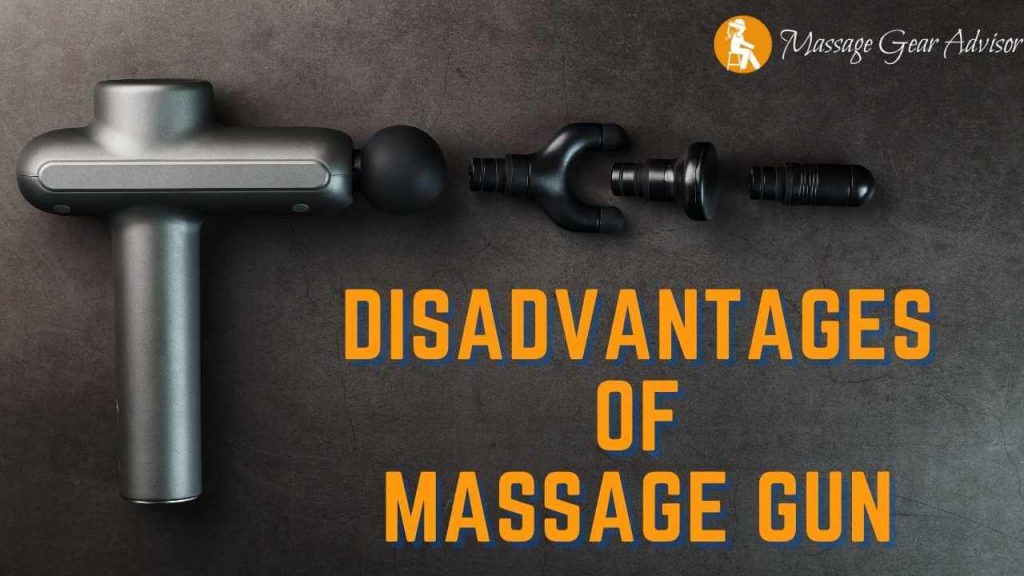 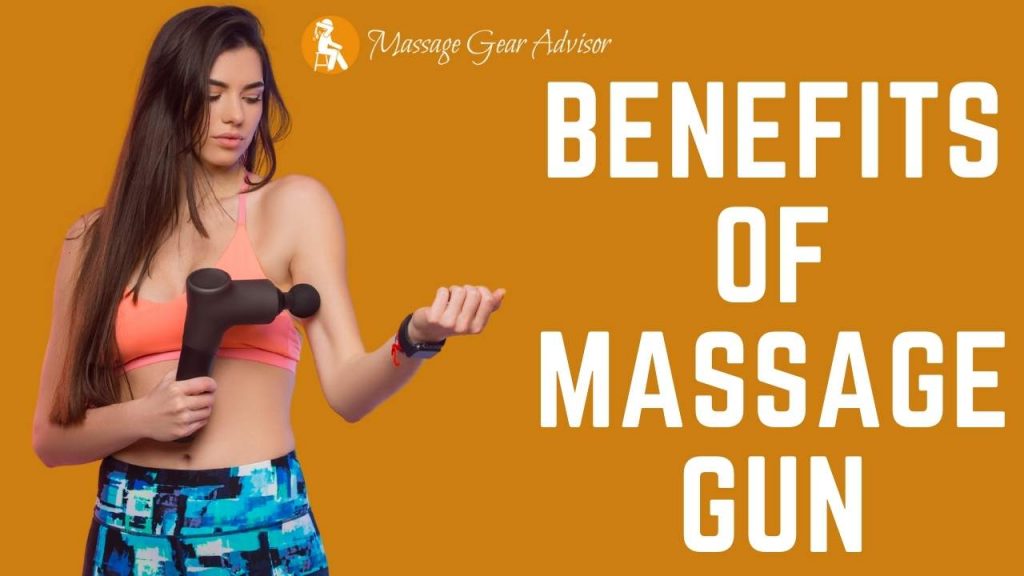